ITEAD has introduced the SONOFF NSPanel Pro smart home control panel, running Android 8.1 on a Rockchip PX30 quad-core Cortex-A35 processor thanks to an 802.15.4 radio for Zigbee 3.0 and 2.4 GHz 802.11b WiFi as Smart home gateway functions connectivity.

The NSPanel Pro follows the ESP32-powered SONOFF NSPanel that was launched just last year, but offers much more flexibility with Android, 2GB RAM, 8GB eMMC flash and also offers a slightly larger 3.95-inch capacitive touchscreen Display with a resolution of 480 × 480. 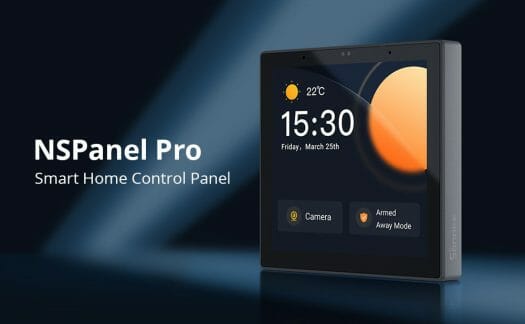 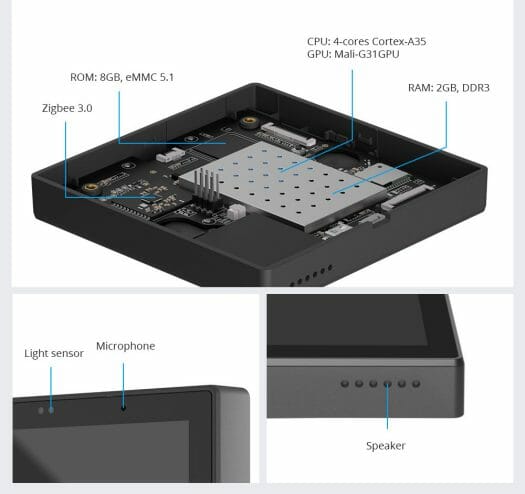 The SONOFF NSPanel Pro can do what your phone could do with the eWelink app, e.g. B. adding and controlling WiFi and Zigbee smart home devices, scheduling scenes and so on. But it also eliminates the need for a Zigbee to WiFi gateway, can be used as a video doorbell (with camera), alarm system (with door or window sensor), alarm color and more.

The box is designed for European gang boxes, but US users can still use the panel with a stand as shown in the video below along with other use cases.

As noted by NoteEnoughTECH, there’s no ESP32 or ESP8266 inside, so you can’t flash Sonoff Tasmota, but since it runs Android 8.1 it should be possible to root it if you want to hack it. Zigbee 3.0 is implemented with a Silicon Labs MG21 microcontroller, at least on early samples provided to reviewers, but it’s not impossible for this to change over time to something like the TI CC2652 based on parts availability can.

As you can see from the specs, not all features will be implemented at launch, but ITEAD has released a timeline showing what they will be working on over the next six months or so. For example, support for Home Assistant and YEELIGHT lights is coming in September, intercom and eWelink remote gateway is coming in October and so on. 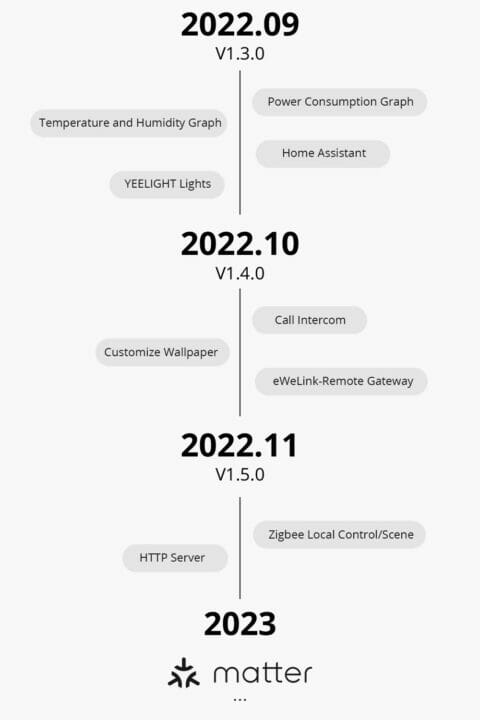 ITEAD is currently accepting pre-orders for just $69.99, with shipping scheduled to begin September 20th. You may get additional 10% discount with CNXSOFTSONOFF coupon [Update: this won’t work with NSPAnel Pro, but will with other products on the ITEAD store]. SONOFF NSPanel Pro is finally sold at $119.99 after the pre-order event is over.

Thanks Hedda for the tip.

Jean-Luc started CNX Software in 2010 as a part-time job before quitting his job as Software Engineering Manager and later in 2011 started writing daily news and reviews full-time.